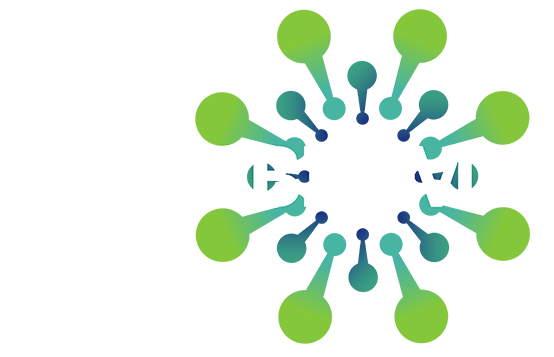 Anaerobic digestion for wastewater cleaning and production of biogas

Draff is utilized as feed for cattle by surrounding farms.

Liquid co-products, such as pot ale and lees is led to anaerobic digestion plant, which produces biogas which is used as is energy source for distilling process.  Treated effluent from the digestion plant is discharged to the Dornoch Firth. The firm has also led a project to restore endangered oyster reefs in the Firth. Reefs will improve biodiversity and filter the remaining organic matter from water released by the distillery.

Reject is used as nutrient rich soil enhancer for the barley fields.

Generated biogas from the plant is burnt is a biogas boiler and gasses produced from the treatment process are scrubbed to minimize potential odour sources. Biogas from digestion plant reduced fossil fuel use by 15 per cent. 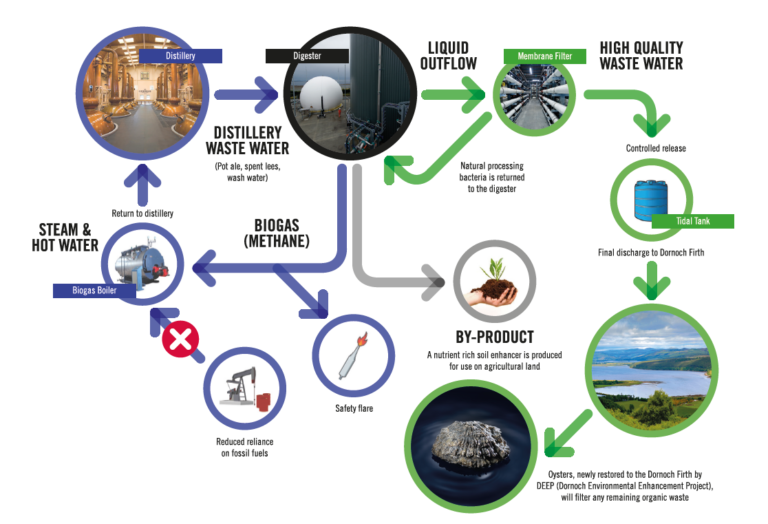 Some facts about the process capacity. 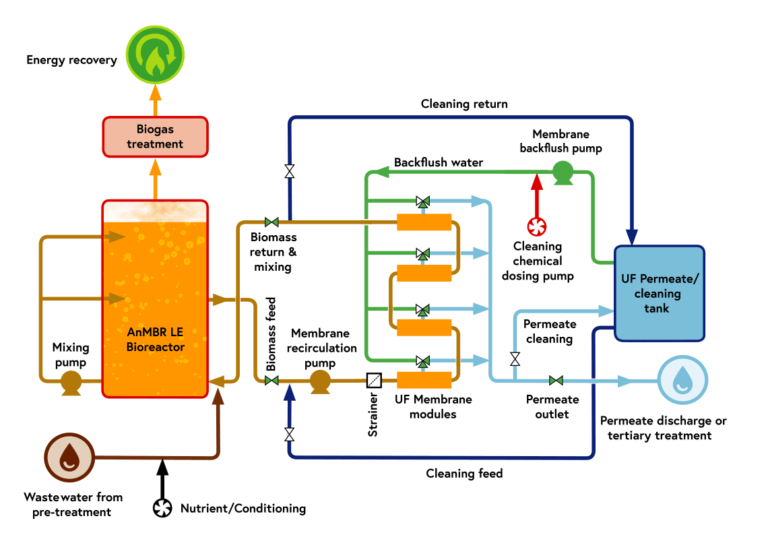 Schematic presentation of technology from https://www.aquabio.co.uk/technology/anmbr/